The Power of the Universal In-Tray 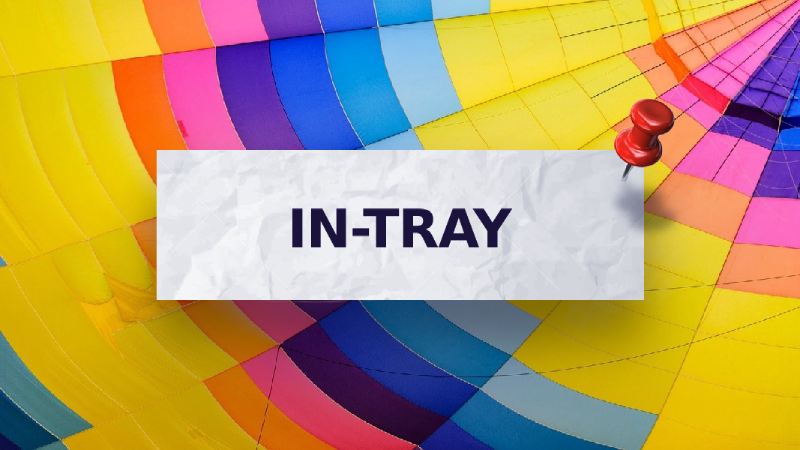 The first step to getting organized and being productive is to capture everything. To do so, you need somewhere to capture all the things that have your attention. That’s the power of the universal in-tray. An in-tray is any tool “that can be used to collect your incompletes,” explains Allen, in his book Getting Things Done. It can be physical or digital, low-tech or high-tech, and can capture input from you or from others.

The open loops in your life

Any item that shows up in your life and requires action or a decision from you is an open loop. As long as it remains open, it demands your attention. These open loops may not be important. But your awareness of them creates an ongoing energy leak. When they’re not captured in a trustworthy system, your brain is continually reminding you, scanning, updating, and worrying that you might miss something important.

“You can only feel good about what you’re doing when you know everything you’re not doing.” —David Allen

The solution to stop this energy leak:

To make this happen, you need somewhere to capture them.

The in-trays you already have

Most likely, you already have many in-trays in your life. The more our lives have moved into the digital space, the more in-trays appear:

These in-trays may be required (by work, school, family needs, etc.); they may be out of your control; but you’re still expected to deal with the items that appear in them. No wonder you feel overwhelmed!

Getting control of the inputs

The more in-trays you have, the more overwhelmed you’re likely to feel. All those trays are collecting open loops, and each in-tray becomes a sort of ‘meta’ open loop that keeps growing… The idea is exhausting; most of us are ignoring multiple in-trays and hundreds of open loops every day, because we just can’t keep up.

But our brain knows they exist. Until we make a decision about each open loop, our energy keeps getting pulled into worrying about what’s waiting for us, how important it is, and what will happen if we don’t deal with it soon enough.

According to Allen, there are “three requirements to make the capturing phase work:
1. Every open loop must be in your capture system and out of your head.
2. You must have as few capturing buckets as you can get by with.
3. You must empty them regularly.”

Most people will need, at minimum, a physical and a digital in-tray.

A physical in-tray might be an actual tray, a shelf in the hall, an inbox on the desk, a basket on the kitchen counter, or a bulletin board.

If you have more than one place where you’re collecting physical to-do items, consolidate them into a single physical in-tray. (Or, at most, set up one in-tray for home and one for work.) All physical items that come in and require your attention go into the designated physical in-tray. Once a week, you’ll sort through and deal with each item. It takes a bit of time and effort to instill the habit. But the benefit is worthwhile. Your brain can relax, knowing that every item needing your attention will get it.

For digital items, apply the same concept. Eliminate, consolidate, and funnel all digital inputs into a single, universal digital in-tray. (Or, per Allen, as few digital in-trays as you can get by with.)

How would that work?

Our users love Teamup as a universal in-tray. It’s easy to capture all the open loops with integrations, custom fields, great mobile apps, file upload, comments, and more. Try it out with a live demo, or create your free calendar today.

« A Calendar That Makes Life As a Sales Rep Easier, Not Busier
Success with Next Action Dates in the Construction Industry »

Manage App Overload with a Centralized Hub of Information Pointers

Time Blocking in the Digital Era and How to Get Started

A Calendar that Calculates: Capture Amounts and Sum Numerical Data with Teamup